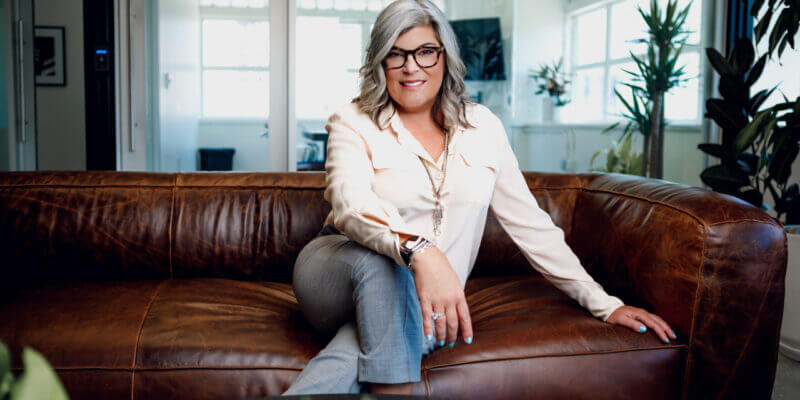 Justice HQ is proud to announce our 2021 March Member of the Month: Christa Ramey! Christa’s peers nominated her because she endlessly encourages those around her and is a great representation of the JHQ family. Her fellow members also value both the meaningful conversations she brings to the Women of JHQ roundtables and her intense legal knowledge and insight she shares with the community.

“Christa makes the women of JHQ particularly proud by being an outstanding member of the community. She is constantly sharing her legal knowledge and insight!”   – Alexis Gamliel, Gamliel Law, Justice HQ Member

In 2004, Christa opened her own law practice to exclusively represent injured plaintiffs and consumers. In 2016, Christa and her husband, John Ramey, joined forces to create Ramey Law P.C. – the two have been representing clients in the areas of personal injury, construction defects, business litigation, and civil rights (including school bullying and abuse) ever since. Ramey Law P.C. maintains an office in Los Angeles, California, but Christa can often be found at the Downtown LA HQ.

You opened up your own firm in 2004, just 4 years after passing the California bar. What was that experience like as a relatively new lawyer?

I realized at some point that if I was working for a big firm, I was never going to get the opportunity to try a case on my own.  So, I just decided to do it one day.  If I did not have the support of John Ramey – it would not be possible at that time.  I started out primarily doing contract work and appeals.  I eventually started getting opportunities to second chair trials or try small cases for other attorneys.  It all worked out; I think I always knew if it did not work out, I would get hired again.

According to reports from the National Association of Women Lawyers – only 20% of equity partners are women, despite making up 50% of the law school population for the last decade. Why do you think we so rarely see women partners at bigger, more established law firms – and did that influence your decision to start your own firm?

I think women are natural entrepreneurs, but we are in a profession that is dominated by male-owned firms.  And I think women worry about family differently.  We think we need to work for a firm to have that security for our family and children.  In reality, I had more freedom and was there more for my family when I went on my own.  I left my job in late 2004 because I was told I could not take off a few days around the Thanksgiving Holiday. I decided to go anyway – family is too important.  Kids are only young for a second.  I can now say I have made more money doing this on my own; I have felt more secure; I did not miss a Little League game, water polo match, cheer performance, or any important event in their lives.  I know that this would have been different if I was not in control of my own destiny.

You’re heavily involved in the legal community – Chair for the Women’s Caucus for CAOC, and Chair of the Plaintiff Trial Academy for CAALA. Why do you believe it’s so important for attorneys to be involved in their greater community?

I benefited greatly because of mentors in the legal community.  When I was a baby lawyer, I was told by my old bosses at Rose, Klein & Marias to get involved – and I did! I naturally gravitate toward helping – I think this is true for most lawyers.  The giving back of your time is very important.  I do this regularly in the legal community and also through philanthropic organizations as well – I am a member of Rotary International and a past president of my Rotary Club.

You’re known in the JHQ Community as someone who takes on Bullying & Abuse cases. Why do you think you gravitate towards those types of cases?

I have been bullied.  My daughter was bullied.  I was so angry when it happened to her – I started learning about what parents can do. I started writing blog posts and that eventually led to getting more cases.

We get to see you as a regular commentator on CourtTV – discussing everything from Ruth Bader Ginsburg tributes to the Ahmaud Arbery case. What has that experience been like for you, and do you see yourself taking on more commentator roles in the future?

I love doing this, and I am good at it! It is so much fun.  I have always wanted to have my own show on CNN.  My goal this year is to at least be on Don Lemon’s show by the end of the year.  Maybe I will get discovered and be a regular!

Outside of the law – what do you enjoy doing?

In addition to obviously being a fantastic mixologist, I am a fantastic cook.  I learned how to cook Middle Eastern food at a young age by my Great-grandmother and Grandma.  I adapted one of their recipes and ended up cooking in the Food Network Kitchens for a feature on the Cooking Channel.  If I was not a lawyer, I would be a restaurant chef/owner.

To get in touch with Christa, you can visit https://www.rameylawpc.com/ [or email her directly at Christa@rameylawpc.com ] 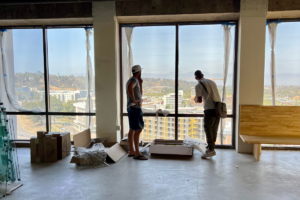 A LONG TIME COMING After years of searching for the right location and the ideal Premier Member, I think I can 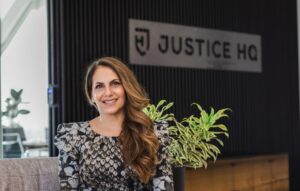 Justice HQ, both as a community and as a company, has grown significantly since its inception. But to really take JHQ

Conor Granahan, Michelle Fonseca-Kamana, Taly Goody, and Alexis Gamliel sat down (remotely, à la pandemic) and put their heads together to bring you their experience-based insight on founding, managing, and operating their very own law firms.

This website uses cookies to improve your experience while you navigate through the website. Out of these, the cookies that are categorized as necessary are stored on your browser as they are essential for the working of basic functionalities of the website. We also use third-party cookies that help us analyze and understand how you use this website. These cookies will be stored in your browser only with your consent. You also have the option to opt-out of these cookies. But opting out of some of these cookies may affect your browsing experience.
Necessary Always Enabled
Necessary cookies are absolutely essential for the website to function properly. This category only includes cookies that ensures basic functionalities and security features of the website. These cookies do not store any personal information.
Non-necessary
Any cookies that may not be particularly necessary for the website to function and is used specifically to collect user personal data via analytics, ads, other embedded contents are termed as non-necessary cookies. It is mandatory to procure user consent prior to running these cookies on your website.
SAVE & ACCEPT